Rockstar Games have released new information about what we can expect to be released in Red Dead Online on February 26th. With new clothes, free mode events, weapons, emoted and more. We only previously knew about the daily challenges, Bounty Hunters and fixes. Check it all out below 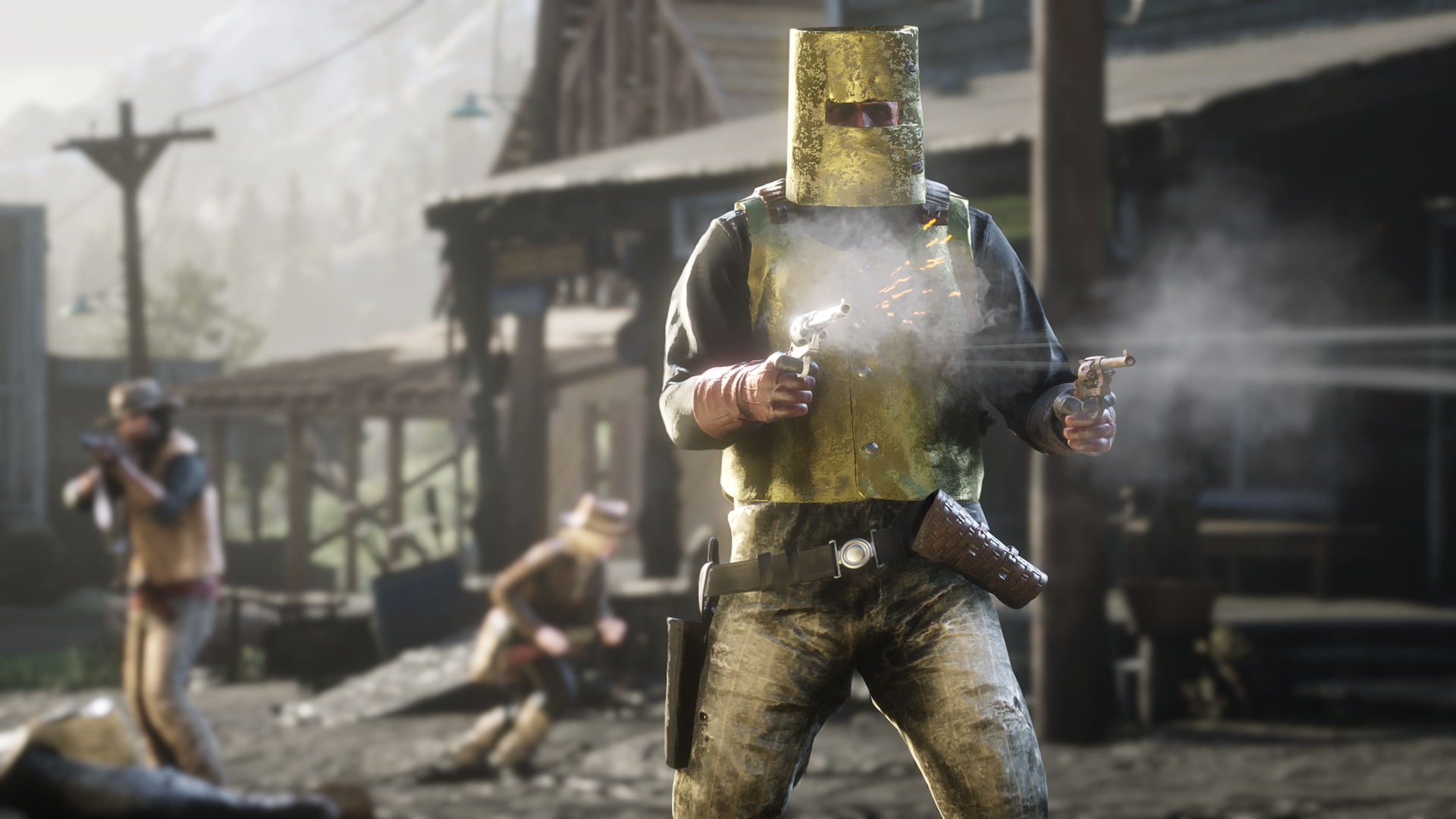 Coming on February 26th will be the ‘Foll’s Gold free roam event.’ Players will compete to control and equal parts Gaudy and protective suit of golden armour.

Competitive Fishing Challenges will also be making an appearance. – opt into the challenge and you’ll receive all the equipment necessary to compete. Anyone taking part in these competitive fishing challenges will not be able to be killed by anyone in Freemode. Catch the highest weight to win.

Three new Showdown modes will be releasing, Up In Smoke, Spoils Of War and Plunder. Players and teams will compete to capture and deliver bags. Target races will also be joining the racing side of Red Dead Online. Where players shoot targets from horseback to pass checkpoints as they race.

Next week, the Evans Repeater Rifle and the Rare shotgun will be available in Red Dead Online

from the snake-adorned Diamondback Hat to the fur-trimmed Rutledge Vest – is also on the way with new Outfits, Jackets, Boots, Coats, Gloves, Hats, Vests and more. Unique items will also be coming and going in shops.

New emotes will be coming to Red Dead Online, including greets, Taunts and reactions.

PlayStation 4 players will be able to play the new Open Target races. Compete in an open space to take out the most targets on a Horseback. PS4 players will also get early access to the all-new Jawbone Knife. Along with new clothing and 3 new emotes.

Earn 20% extra XP on all activities this week in Red Dead Online.