Every bounty has a story behind them, do they often end well? Definitely not.

Starting today, the first of 10 new Legendary Bounties has been introduced. They are the most dangerous bounty targets from across the five states. They won’t easily get their selves caught.

La Reina de los Banditos, Barbarella Alcazar has received a bounty on her head from Law Keepers across The West, she must be brought to justice.

Alcazar is the de facto leader of the Bloodthirsty Del Lobos gang. It has been rumored she’s hiding somewhere in New Austin. She is wanted for extortion, thievery and murder. Bring Alcazar in by September 23rd. Wanted dead or alive.

A new legendary bounty will appear each week. Visit a Bounty Board nearby to see the new wanted poster – take on the challenge solo or with up to 3 posse members.

Collectors who played last week, may have noticed the opportunity to seek the Sacred Collection. This week, Madam Nazar is looking for the Pearls of the Sea collection. It consists of the Durant Pearl Bracelet, Pelle Pearl Necklace and Bonnard Pearl Ring. Turn in the full collection to Nazar or via any Post Office by September 23rd for a nice reward.

Players who like competing and are up for some free-aim gunslinging can launch Shootout Series (Free Aim) from the Online menu. Which plays Most Wanted, Name Your Weapon and Public Enemy. Check out the Online menu every week to see new competitive Free Aim Series.

There’s a good amount of benefits awaiting riders. Play Red Dead Online through September 23rd and receive a boost of 3.000 Club XP to help you progress within the Wheeler, Rawson & Co Club Ranks. Players who own the Outlaw Pass will receive an additional 2.000 Club XP , helping them on their way to unlocking awesome rewards like unique outfits and weapon mods, RDO$, bonus Gold and much more. The Club XP will be delivered within 24 hours of playing Red Dead Online. 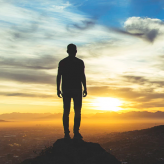