Fans of Red Dead Online are more than familiar with it’s paid currency “Gold Bars”, while so far the gold bar currency hadn’t gone fully overboard, fans have been complaining about the Grindy nature of acquiring them for the past two years.

With the release of the newest RDO update the “Bounty Hunters” Rockstar has released 10 new levels to the previously available Bounty Hunter role and a new Outlaw Pass, the new role levels themselves cost 15 Gold Bars which for hardcore players isn’t very expensive or new, But the new Outlaw Pass costing 40 Gold Rockstar has made a change that has made some of the worst companies in gaming look better, In most games that have a Battle Pass style system including “Fortnite” and “Call of Duty: Warzone” You could acquire all the currency you spent on their battle passes through levelling up, Something that was previously in all the RDO Outlaw Passes, but Starting with Outlaw Pass 4 you only gain 30 gold bars from finishing it, Losing the player 10 gold.

Another way Rockstar has made the Gold grind far worse in this update is the Daily challenged system, Up to this point Daily Challenges have been the best way to earn gold, Players could hold a streak if they do 1 Challenge per day that could earn them 0.5 Bars with each challenge, Rockstar has massively nerfed this system, Now all Challenge Streaks Reset upon day 28, Many hardcore players who have challenge streaks in the hundreds feel betrayed, and Rockstar’s compensation is a small reward of 600RDO$, As well as that they’ve halved all daily challenges earnings, Earning the player a measly 0.1 Bars at first, This change would not have had such backlash if the Gold bar prices haven’t been getting more and more aggressive, With a new gun skin alone costing 21 Gold Bars.

With all the issues above plus Rockstar pushing updates that are tiny compared to GTA Online, You can tell why many longtime RDO players simply feel like the game is not respecting their investment anymore, and with GTAO constantly getting huge updates including “The Cayo Prico Heist” while RDO has not had a single heist update yet, the RDO community feel betrayed and pushed aside, with RDO simply feeling like Rockstar’s forgotten second child. 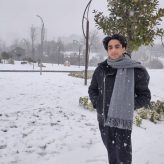 Rockstar Games Steam sale - Save up to 70%