In the Red Dead Online Beta’s new Showdown Mode Plunder, frontier resources are in short supply – work with your team to fight through opposition and capture supplies from a central location to deliver it to your team’s base.

In addition to capturing loot from that central location, you can also use cunning to steal it from your opponent’s base. But be careful – when holding you’ll be visible to all other players. Keep your Health, Stamina and Dead Eye cores filled and use tonics to boost your tank to gold before making a run for packages and take advantage of team-based Dead Eye Ability cards like Focus Fire that lets your teammates cause a little more damage while your Dead Eye is active. 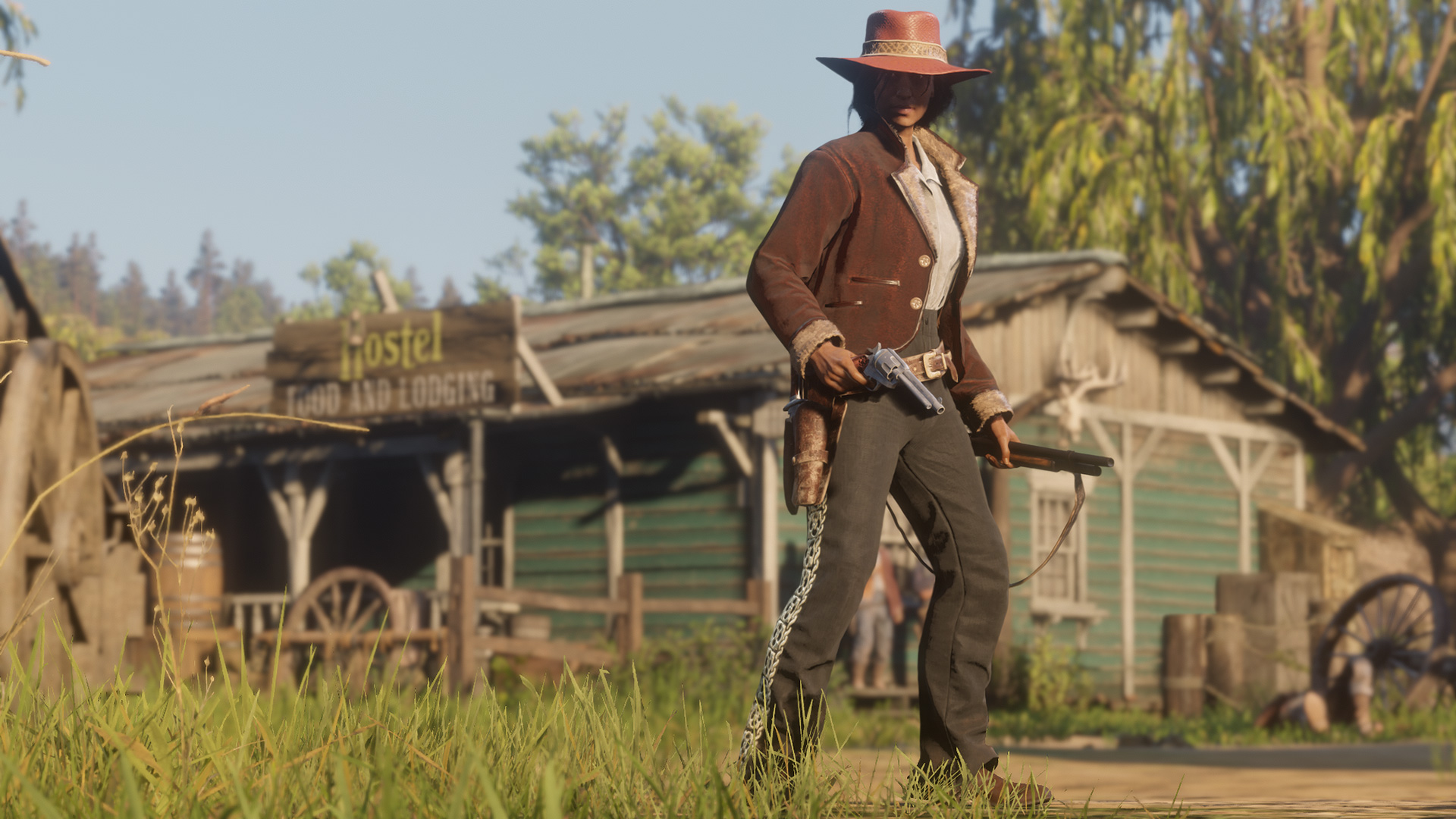 Outfitters across the five states have received the latest shipments of clothing this week:

And as added bonuses this week, access for all coats, holsters, boots & gloves otherwise up to Rank 40 will be available to all players – grab any of these styles until April 15th. For higher ranking players, the Turkoman, Missouri Fox Trotter and Arabian Horses are being lowered to Rank 40, while Volatile Dynamite, Incendiary Buckshot, Explosive Slug, Express Explosive, and Dynamite Arrow pamphlets are all lowered to Rank 60.