Grand Theft Auto V is coming up to its 6th year anniversary next month. The game is still receiving regular updates along with weekly drip-feed content which is keeping the game alive and well. People say this game is ‘dead’ but we can tell you otherwise, it’s far from dead and we can’t see it slowing down anytime soon.

The long-awaited Casino update released in July and it was well-received, to say the least. Youtube confirmed yesterday that there were more views on Grand Theft Auto V videos in the month of July 2019 than any other month since the game released. Yes including the Launch month.

We’d like to say a huge congratulations to Rockstar Games on the huge success. 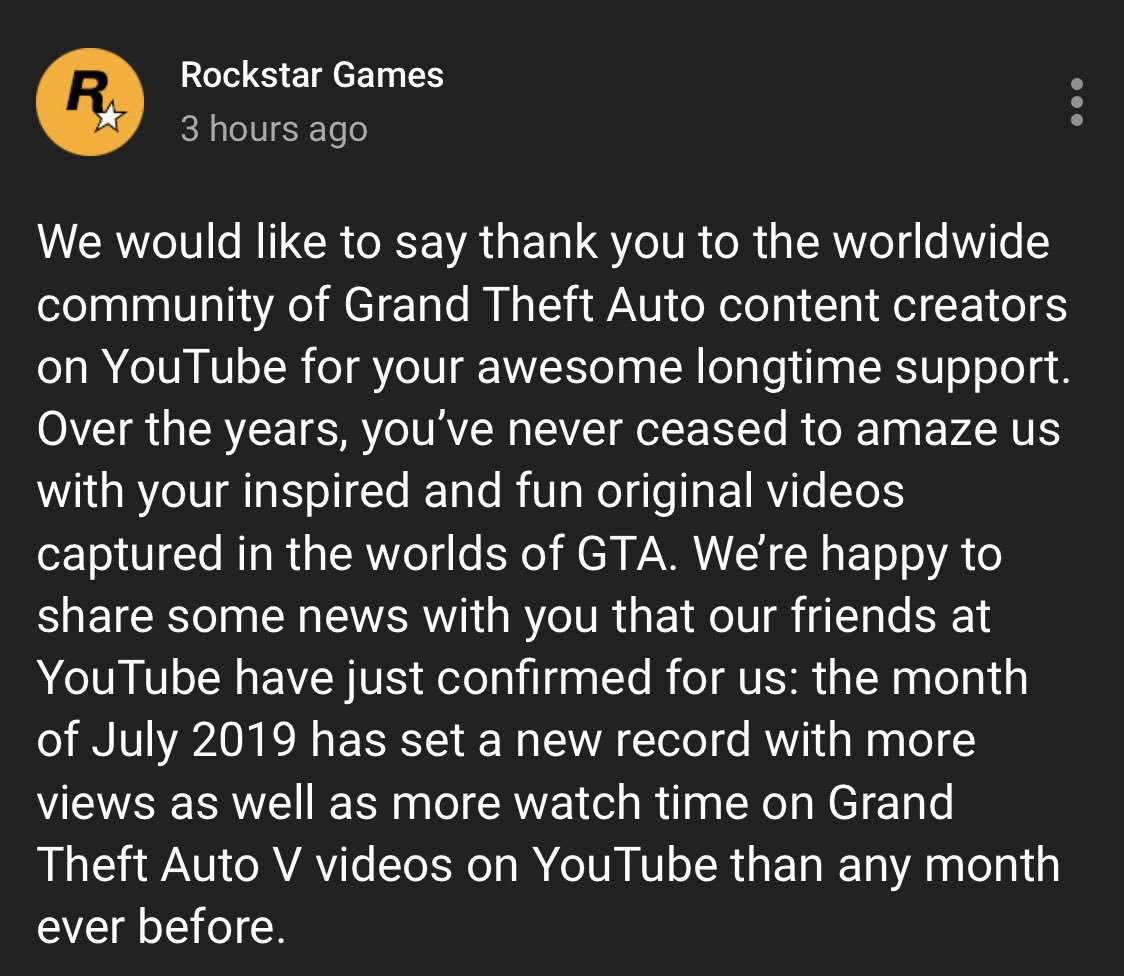