Almost 6 years later, Grand Theft Auto V is still proving to be a massive success, in terms of sales, player count and now viewership on Twitch TV. This is due to the rising number of players discovering FiveM, The roleplaying servers.

According to data taken from Newzoo, Grand Theft Auto V was the Third most viewed game by total live hours on Twitch in March 2019 beating the recently successful game, Apex Legends. GTAV had a total of 58.2 Million hours watched on Twitch in March. A month before the total hours of GTAV was only 10 Million. 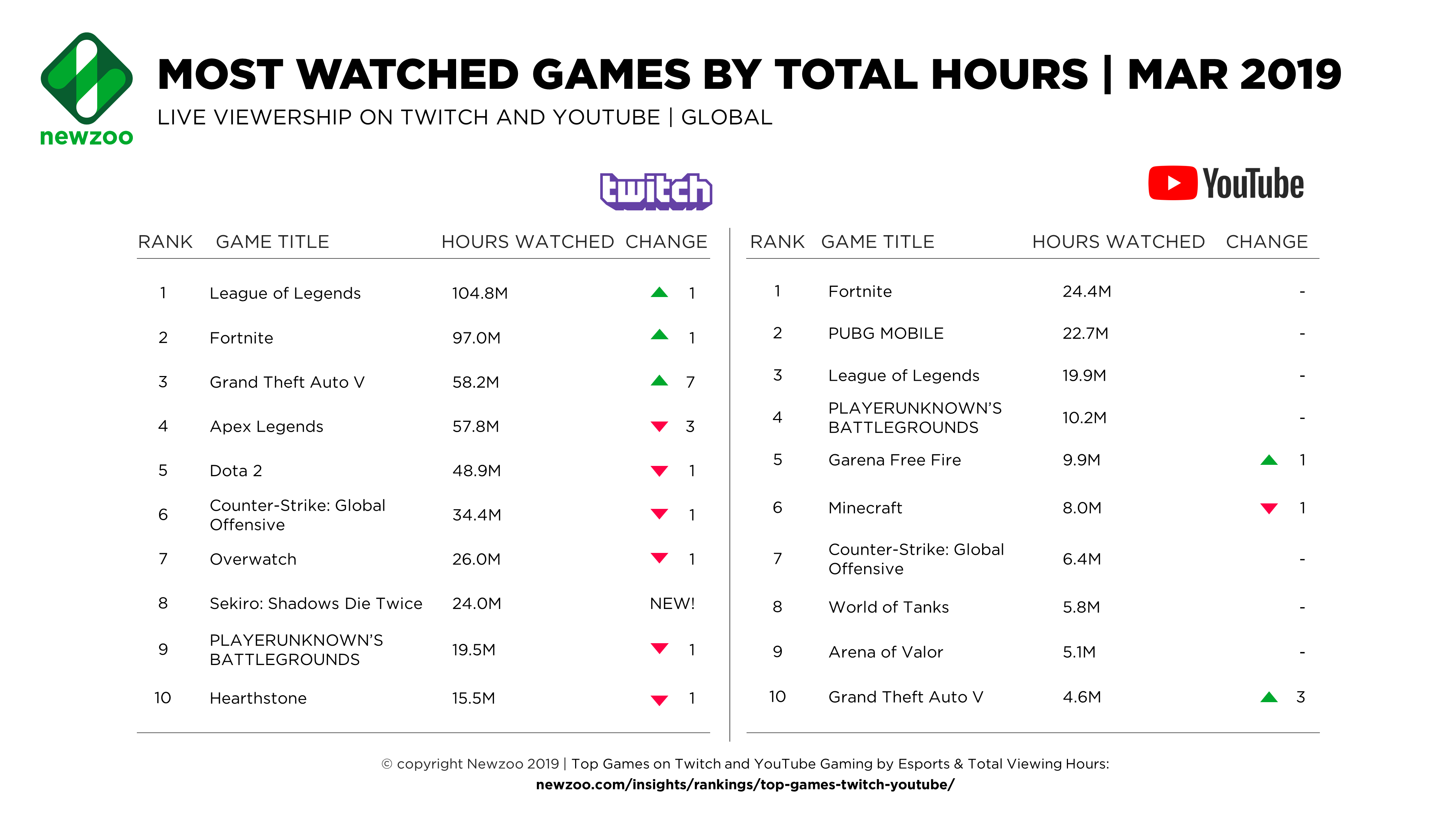 Between August 2017 and February 2019, Grand Theft Auto V was only receiving around 7-16 Million live hours per month. This is a huge spike in numbers. League Of Legends was the most viewed game, with 104.8 Million hours watched with Fortnite being second with 97 Million hours.

FiveM Roleplaying Mods aren’t officially made by Rockstar Games or Take-Two and they won’t promote them in any way. But it’s still making them a load of cash. If you want to play on FiveM servers, you have to purchase a legitimate copy of Grand Theft Auto V on PC. This Mod lets a player take on a random role in the game, instead of being the usual bad guy who goes around killing people and robbing banks, you can be a cop, a normal NPC, A Pilot. Anything you want to be.

NoPixel Server is currently the most popular FiveM RP server at the minute, with Twitch Streamer Summit1g pulling in 9.6 Million viewers in March 2019 just by playing GTAV. We’ve played FiveM quite a lot in the past and its really good fun. We prefer it over GTA Online itself. I’ve also been watching GTAV RP for the last few years with Youtubers like Polecat324 and Jeff Favignano having their own custom servers for a few years now.

If you have a PC that can run Grand Theft Auto V, then we really recommend you try FiveM.