In a new video by small YouTuber Game Brain, information regarding a failed merger all the way back in the year 2000 has arisen. According to the YouTuber, press releases he obtained when producing a documentary showcase the planned merger.

Just a year prior to the release of DMA Design’s and Rockstar Games’ Grand Theft Auto III, Take-Two were planning on merging the two companies with Isreali multiplayer gaming services company Pixel Broadband Studios, which they acquired on March 20, 2000. The result was to be a new firm titled “Broadband Studios, Inc.” 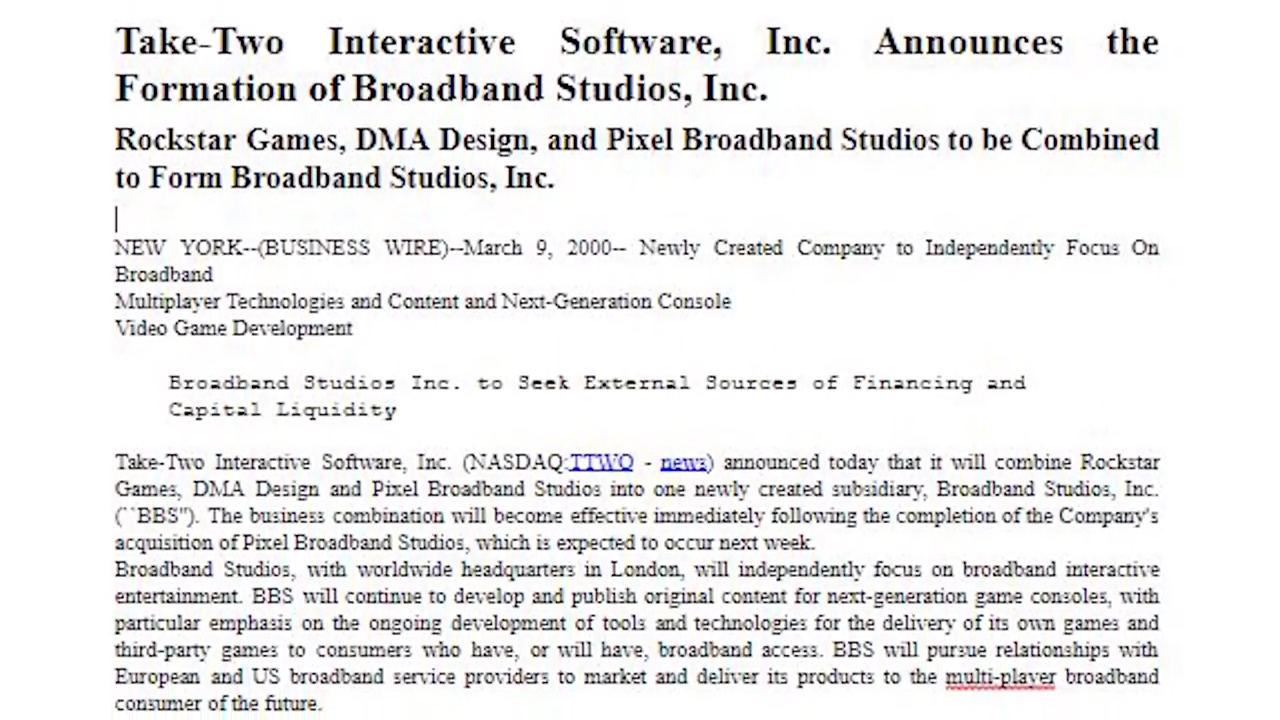 The aim of this merger was to allow Rockstar/DMA to use Pixel Broadband Studios’ brand new engine. However, shortly after it became apparent that it wasn’t going to work.

In Game Brain’s video, an exclusive interview with Brian Baglow – an ex PR worker for DMA Design – lets us know that Take-Two gave up on the merger and instead famously decided to, as we know, turn DMA Design into Rockstar North in Edinburgh and begin development on GTA 3.

It’s interesting to realize that the future of the publisher and developer could have been changed entirely if this merger was to go forward. We can only be grateful that events happened as they did, otherwise the future of the series may have been completely different to today – where Grand Theft Auto 5 has become the most profitable entertainment product of ALL TIME, and Red Dead Redemption 2 gaining the largest opening weekend of all time in entertainment.

We recommend you view the video here, it’s a really interesting watch: