2018 was a huge year for Rockstar Games when it comes to Grand Theft Auto V and Grand Theft Auto: Online. Although fewer updates were released for GTA Online in 2018 than compared to any other year and drip feeding increased, the game itself still hit some great achievements, including hitting 100 million copies sold. Now, we want to discuss what we want to see changed and added to GTA Online.

Throughout 2018, Rockstar Games and their parent company, Take-Two Interactive, really put their foot down when it comes to hackers and modders, taking some to court seeking damages. Although some hackers change things for the better of everyone in the lobby, there are obviously hackers who want to ruin the experience for everyone, especially on PC. Going into 2019, we hope to see Rockstar continue this crackdown towards Online modders and hackers. With that said, we hope that the policy of leaving Singleplayer modders and mods alone as they do not negatively impact others or Take-Two Interactive’s bottom line. 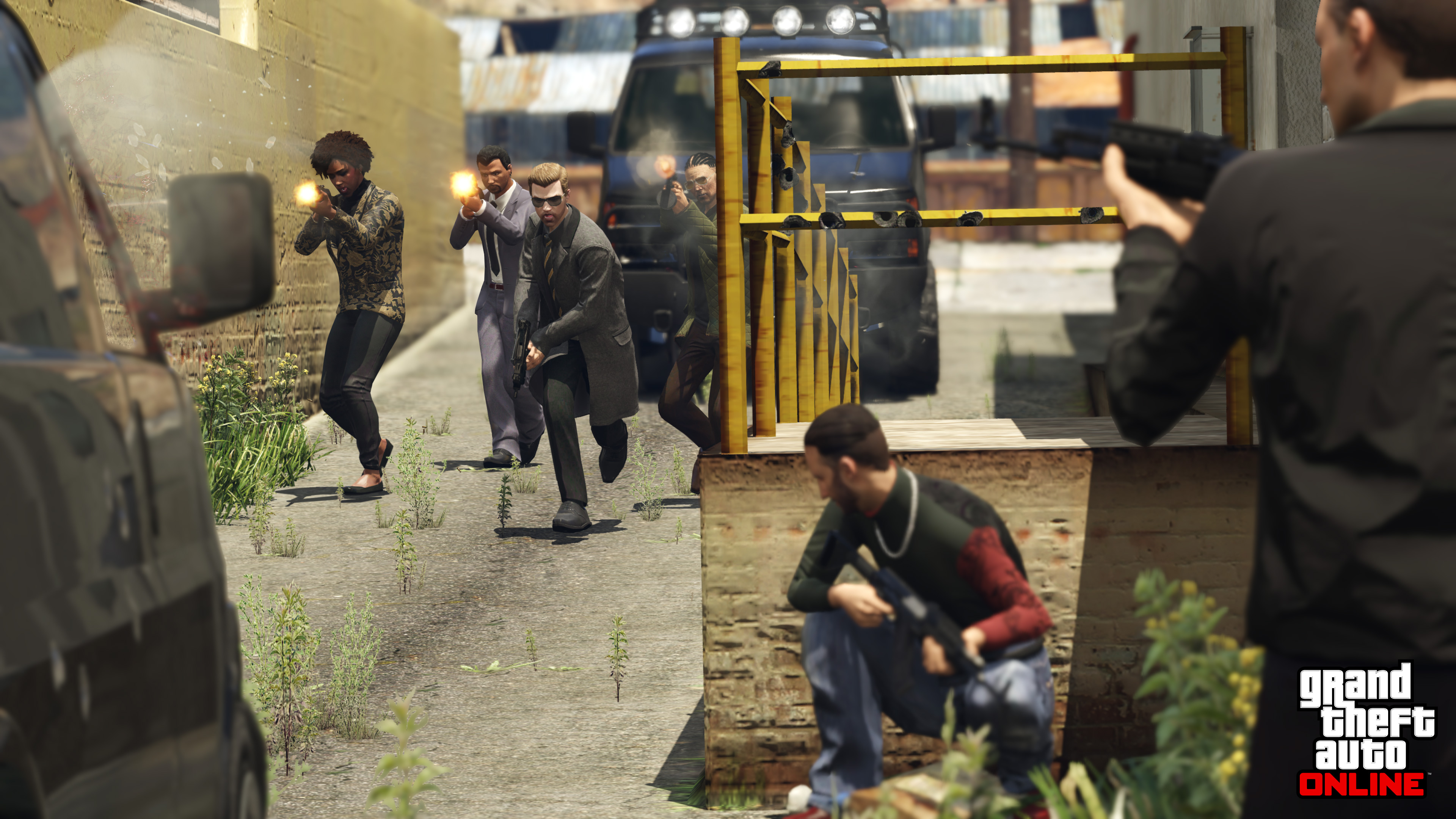 Please Rockstar, in 2019 don’t release any more updates that are business related. While we are not complaining that they were fun, for a while, and have decent payouts, they are literally just a re-skin of the Finance and Felony update from 2 years ago, with a few things changed. We’re pretty bored of them now and want something new.

Business updates probably won’t go anywhere soon, even if we are bored of them. This is influenced by real-world business interests and simple economics. If a new update is released with expensive items in it, players are more likely to purchase micro-transactions – in this case, Shark cards – than they are to “grind” it out. Since, like it or not, Rockstar Games and Take-Two Interactive are companies, with the latter having investors which need to be satisfied and generally like profit. With this in mind, we’ll mention something that seems to be brought up in our mentions on Twitter: a Naval Update. Let people buy the Aircraft carrier as a point of operation where we can upgrade them, a bit like the Nightclubs. Have us collect more crates, but this time in the ocean. The ocean is pretty dead in GTA Online, but it is really well detailed. There is plenty of real estate to work with down there. Give us Scuba diving gear, new naval boats, sea planes and jets to redistribute crates. This would be interesting, but wouldn’t be cheap of course, allowing you to appease investors and give players something new.

Let Me Sell The Useless Things

We think we can all say that there are things in our possession in Grand Theft Auto: Online which we don’t see a point in anymore, whether it be that Pegasus vehicle you thought would be fun to use but don’t anymore or the yacht. Don’t get us started on the yacht. It was fun for a while but, in our opinion, is probably the most useless thing one could own in a video game. It could also be the gold private jet – I mean, who would even buy that?

It would be refreshing to finally get rid of these and have them out of our inventories, traded in for some cold hard cash, of course. Even if we only got a fraction of the money we paid, getting something for them is better than nothing. I’d love to be able to sell my useless Yacht or to sell some of my businesses which I don’t have a use for, like my biker business. 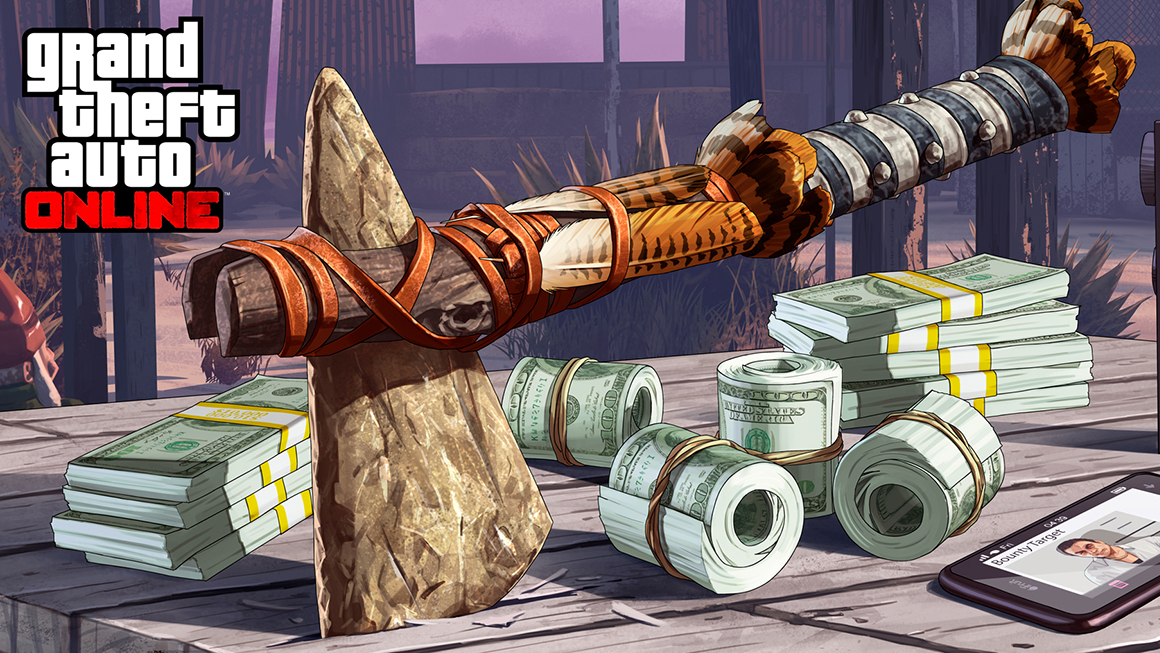 Red Dead Redemption 2 is going to be Rockstar’s main focus this year. With Red Dead Online being very bland at the minute, they need to pump content into it so people stick with it but, of course, people will still want to go back and play Grand Theft Auto: Online. Hopefully Rockstar does more GTA Online/RDR2 crossovers like they did in 2018. This would be a way to get people playing both games and to keep both games fun and interesting. This would also be appealing to investors, with increased recurring sales on both fronts. 😉

Stop With The Flying Vehicles and the Military Land Vehicles

I am sick of logging into Grand Theft Auto: Online and leaving my apartment in my car only to have an armoured military vehicle blow me to pieces straight away. This was one of the main reasons why I gave up with GTA Online and have moved exclusively to Singleplayer. Military vehicles were fun at first, but GTA Online is just overpopulated with them now. It is now impossible for the average person to do what they want to do in Free Roam anymore. We also don’t want to see anymore flying vehicles in Online. Yeah, they are cool but they are also annoying.

Everyone loves it when new safe houses are available for us to purchase. We don’t want to be living in our businesses anymore. In 2019 how about bring us some new houses to live in, we’ve always wanted a proper house in Vespucci Canals and Mirror Park. These neighbourhoods don’t look cheap to live in, so Rockstar, maybe you’ll get a few shark cards out of doing that. Maybe even let us live in the Motels up North on Route 68 near Sandy Shores. Oh, also, give us some new interiors for them instead of reusing the old ones. Hopefully I’m not pushing it with that request.

Things That Won’t Happen That The Community Wants.

Casino to open and Gambling– As much as this would be cool to have, we know it’ll never happen. Take-Two could get into a lot of real-world trouble with this. A lot of young people play GTA Online and Shark Cards are also a thing. People would buy Shark Cards and gamble with them, despite not having any real-world return. Despite the easy money, we’re pretty sure Take-Two doesn’t want that as it could cause a similar situation and controversy as what happened with Electronic Arts’ Star Wars Battlefront 2 Loot Boxes and have possible, very real, legal ramifications.

Police Update – A Police Update would be good and refreshing to see, but this won’t happen. Rockstar seems to have a massive issue with anyone impersonating a cop in Grand Theft Auto: Online. Rockstar wants you to be seen as a criminal. I mean, they couldn’t even let you run a legit Nightclub, they had to make you a criminal in some way.

Heists – Heists are fun.  The Heists and Doomsday Update were probably two of my favourite, offering plenty of fun content for everyone, so why wouldn’t Rockstar do it again? They take time to make, probably more time than any of the other updates. The only reason heists were made to begin with was a promise and marketing campaign. Rockstar has Red Dead Online to focus on and if they are making Heists, it’ll be for Red Dead Online now, not GTA Online.